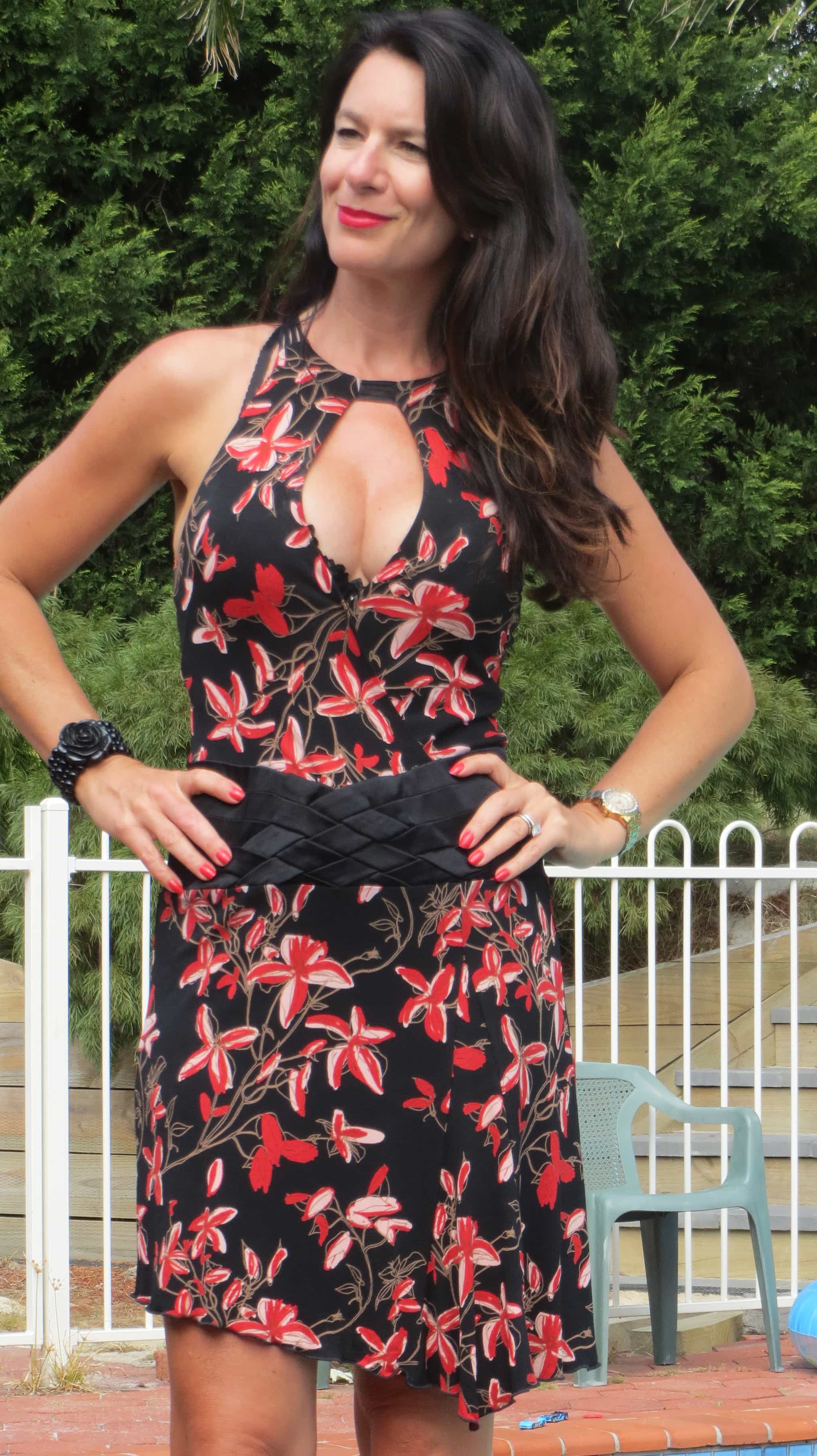 I worked on the set of the INXS: Never Tear Us Apart movie on Friday and the actor playing Michael Hutchence, while not an exact replica of the music legend, brings a certain je ne sais quoi.

In fact, Luke Arnold (from television show Winners & Losers) immersed himself in the role so effectively, I had to do a double take. And that’s saying something, because I am a huge INXS fan.

I rocked (pun intended!) up to wardrobe in my studded dress and boots in an attempt to look the part but I neglected one small fact – the scene we filmed was all about 1997. It was very poignant – Michael Hutchence and his dad enjoying dinner together at an Indian restaurant the night before he died.

Thankfully, the wardrobe girls approved a dress from my wardrobe (lets just say when the wardrobe crew hold up a floral green velvet number it can be pretty scary for anyone, let alone a fashionista like me. But this is all about costume).

So here’s a look at what I got to wear – with a black cami underneath.

The assistant director placed me at a table closest to the lead actors (in America they’re called stars but here they’re leads – that’s the terrible tall poppy syndrome at work). I may be a blur in the background or you may actually see me munching happily on delicious Indian food.

I was informed that two 90-minute movies about the band’s career are being filmed for television and I can’t wait to see them. Now back to the real world . . .

I mentioned yesterday I’d show you one way of wearing a studded leather jacket. This jacket and dress were among several awesome birthday gifts my parents blessed me with. Now I’m up to my eyeballs in studs and bling.

If you’re terrified of the idea, start small – some of the goodies online and in stores include booties and shoes with studs, skirts with a panel of studs, tops with a sprinkling of studs near the neckline and jumpers with just a few studs on board. Have a great rest of the weekend. And now you’re Looking Good Girls!

“Good will come to a man who lends generously and conducts his business fairly,” Psalms 112:5.