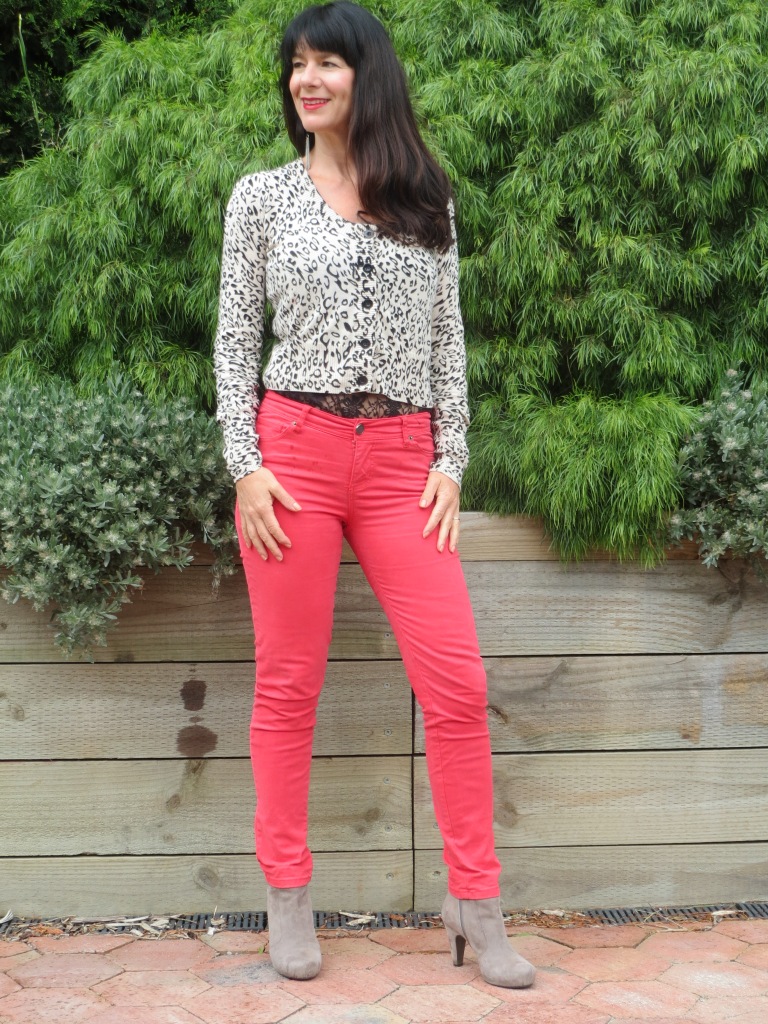 I was ready to make an entrance on the set of television drama Offspring yesterday when wardrobe tragedy struck.

My eldest boy Hudson asked for sardines for a snack, as you do! I squeezed a bit of lemon on the sardines along with a few dots of tomato sauce and he munched contentedly while I swanned around the kitchen in red jeans, snow leopard knit and suede booties.

But then he asked for a second helping. As I opened the tin, stinky sardine oil flicked onto my jeans! Arrrrgggghhhh. I gave the jeans a quick dab then took off for the hour-long drive.

I waltzed in and the cast and crew were eating lunch so I joined in. It wasn’t long before the oily red jeans were swapped for a nurse’s uniform and we were whisked by mini bus onto the film set. I’ll keep you posted on when the episode goes to air, but it’s anticipated to be May next year!

I’m very bleary eyed after working into the wee hours with television personality Derryn Hinch on a Today Tonight crime scene re-enactment. It was a blast and I’ll tell you more about it tomorrow.

Back to fashion . . . snow leopard print is THE hottest print this season. The X-Factor’s Redfoo made a point of informing everyone but the high-end fashion world was already all over it with the likes of supermodels Kate Moss and Heidi Klum embracing it as a staple in their street-style. I’m after a snow leopard print fur coat (faux of course!) but it will have to be for next autumn/winter.

Have a wonderful weekend: and now you’re Looking Good Girls!

“You will see neither wind nor rain, yet this valley will be filled with water, and you, your cattle and your other animals will drink. This is an easy thing in the eyes of the Lord; he will also hand Moab over to you.” 2 Kings 3:17-18.