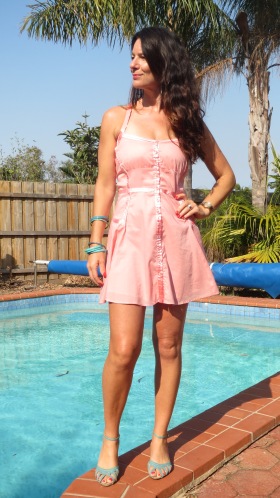 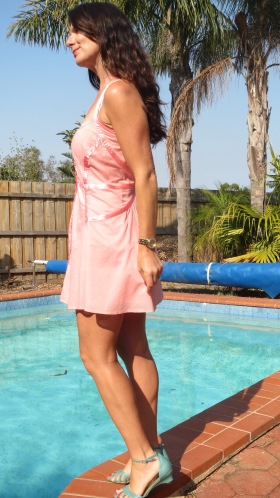 Hubby just told me he’s been using my Venus razors to shave his legs and now I’m in shock and don’t know what to write!

In case you’re wondering if there’s something weird going on – there’s definitely not – he’s a cyclist. Yes they shave their legs to reduce wind resistance and it’s a lot easier to tend to wounds if they fall off their bikes, which lets hope never happens again!

Last year hubby and his bike went flying over the bonnet of a ute after the driver failed to give way, and he landed head first into the road and cracked his helmet. Two nights earlier I’d prayed over him, claiming the promise that “no weapon formed against you will prosper”. Miraculously, not a single bone in his body was broken and there was barely a scratch on his bike!

Enough about bikes and hairy men’s legs . . . lets get back to the outfit at hand.

This pastel Bauhaus dress is an oldie but a goody. I love the shape, the way it cuts in at the back, and the satin panels that run from front to back.

I was attempting to accessorise with gold but not having much luck when I stumbled upon the aqua-green jewels and shoes. What do you think of the combination with the pastel peach dress? 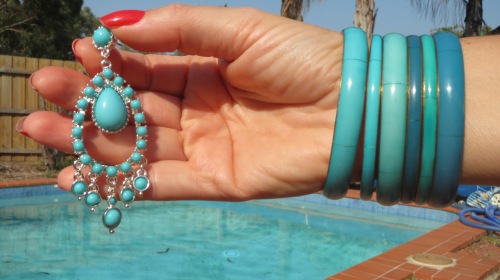 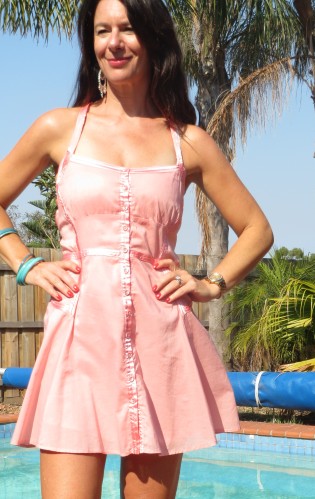 It’s been a big week of dresses so far! A lady working in a local bakery complemented me on my vast wardrobe yesterday and said she’s enjoying the fashion parade. And now you’re Looking Good Girls!